What is straw bale construction?

Straw bale construction uses the renewable material of straw, in bale form to act as an infill material to timber frame structures or as a load bearing structure to buildings of no more than two storeys. The construction method is considered to have a low environmental impact and provide good thermal insulation properties. Although the use of straw is widespread in roof construction in the form of thatching, straw bales as a modern construction method are gaining in popularity.

The straw bale construction method is popular with self builders and the environmentally conscious. The straw bales produce a building with deep reveals and a quirky character. 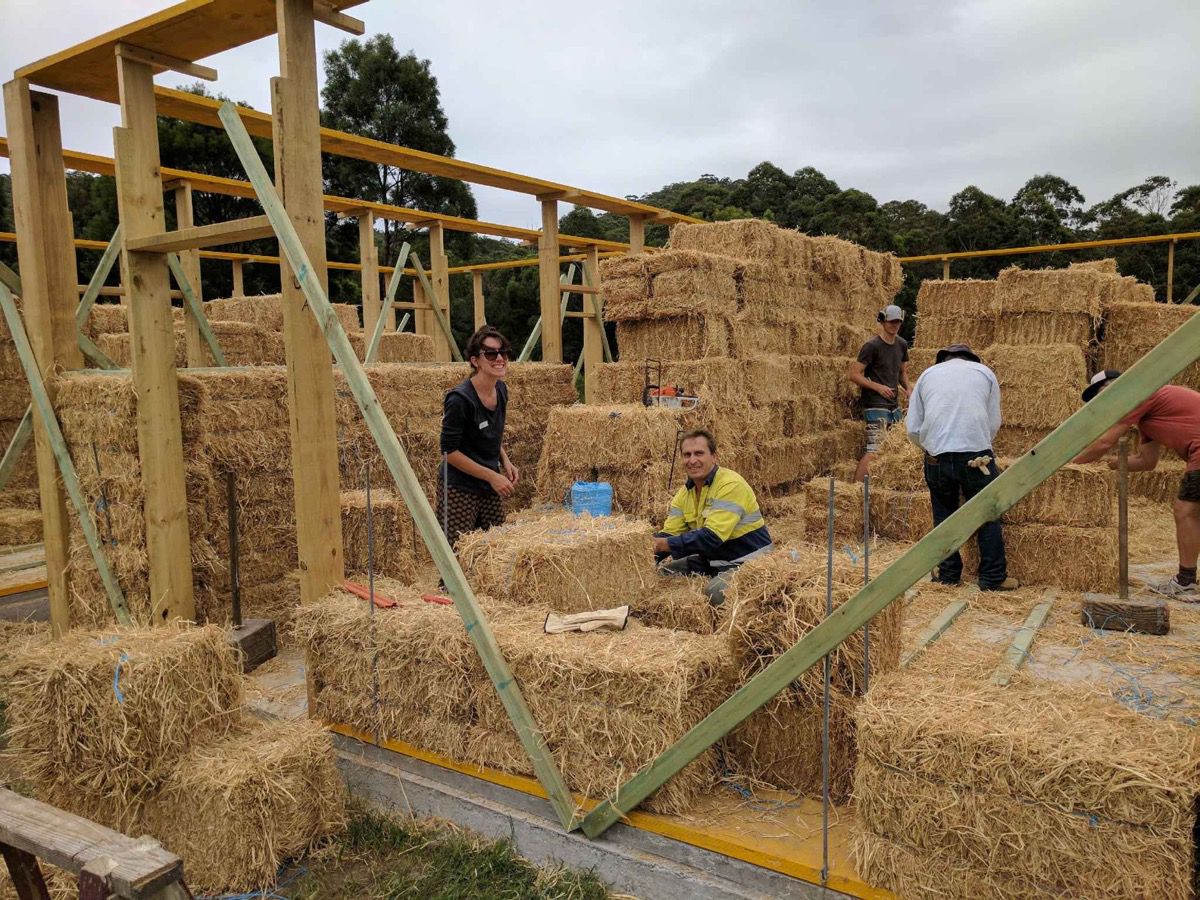 There are three main forms of straw bale construction.

Load bearing straw bale construction uses a simple assembly method of laying the bales in courses, with each bale centred on the bale joint beneath – stretcher bond.

The bales are raised from ground level by a brick plinth, to avoid contact with moisture. They are fixed to a base plate that has a series of wooden spikes to secure the bales in place and prevent the wall from slipping. The wall is often spiked or pinned as it is constructed to maintain the stiffness of the structure.

These straw bale walls can be up to 500mm thick, depending on the size of the bales sourced. Sizes vary from country to country, but in the UK the general size tends to be in the region of 990 x 500 x 375mm. Bales can be made from a variety of crops including wheat, oats or barley.

Compression of the straw bales, to improve the structural integrity is achieved with ratchet straps which are then removed before the roof goes on. When the bales are compressed, it also makes it easier to carry out the next stage.

Once the wall has been constructed, additional strength is added in the form of lime render to both the interior and exterior of the wall. Render must be vapour permeable, with the head of the wall being protected by roof overhang to prevent over saturating the wall. The render acts as an additional structural layer, which stiffens the wall and prevents decay, while also acting as additional fire resistance.

Openings are also susceptible to water damage and must be carefully considered. Windows and doors are often installed close to the external face of the wall. Thermal bridges can cause a build up of moisture in the straw that would damage the structural integrity, therefore metal framings and fixings should be avoided or wrapped in an appropriate protection to avoid contact with the straw.

It is preferable not to cut the bales, so openings and dimensions should be sized according to the bales to reduce cutting where possible. Cutting the bales can be time consuming and reduce compressive strength.

Infill straw bale construction uses a frame construction that is then filled with the straw bale as an insulating material. To ensure a good compression of the wall, there are two approaches. The first is the bales are positioned within the structure, with the wall plate then being lowered into place, tightening it to achieve the required compression. Alternatively the bales are positioned into the structure, with the penultimate layer being compressed in order to insert the final layer of bales.
The infill method allows for larger spans and openings, as the main structure is supporting the loads. 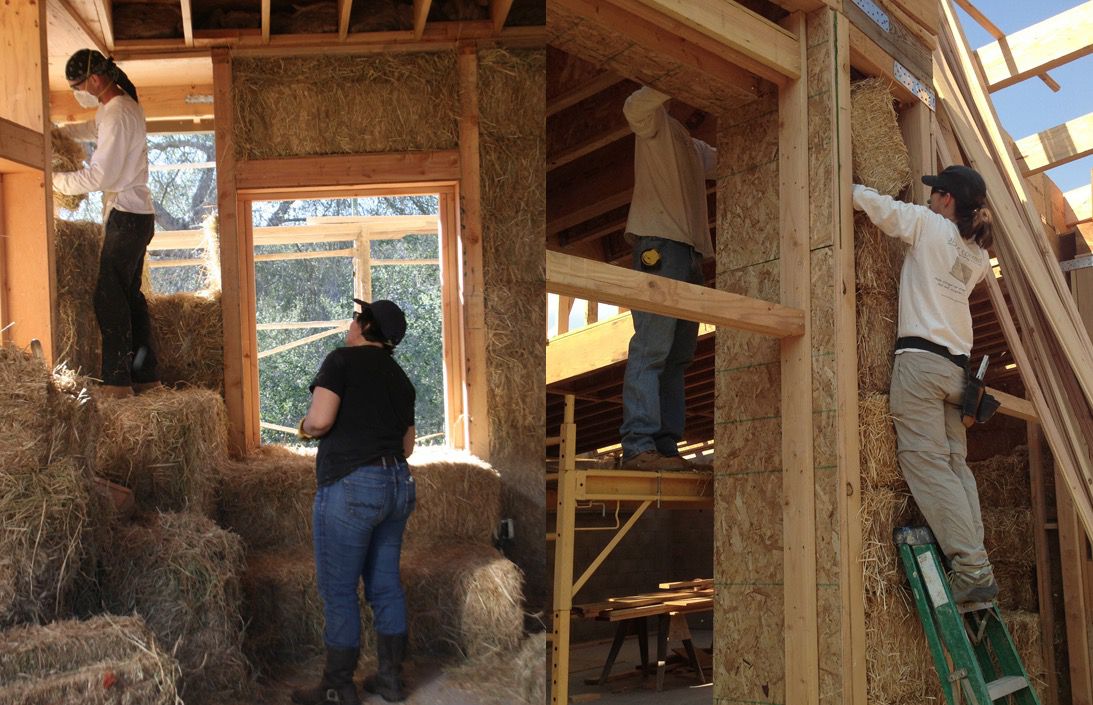 Prefabricated cassettes are produced off site and can be constructed swiftly. The cassettes or panels use the qualities of straw and timber to create a system that is well insulated, low energy, renewable and sustainable. There are a number of manufacturers who now produce these panels, some of which have been awarded Passivhaus certification for their products.
The speed of construction, and great performance of these straw panels, have resulted in a variety of building sectors employing the system. From schools to offices, along with residential projects, straw bale prefab panels are developing fast.
Some examples of these manufactures are:
Modcell
EcoCocon

Straw bales are susceptible to damage from moisture, so careful detailing and construction to avoid ingress and retention of moisture is key. The bale wall will need to be at least 225mm above ground level, but closer to 450mm ideally.
It is important the straw bales are not exposed to excessive moisture during construction. When building the load bearing method, it can be difficult to protect the bales from the weather. In some cases temporary protection is constructed over the walls, or the permanent roof structure can be supported over the walls and lowered into position when the walls are complete.
Infill methods and prefabricated options are less concerned with temporary weather protection. 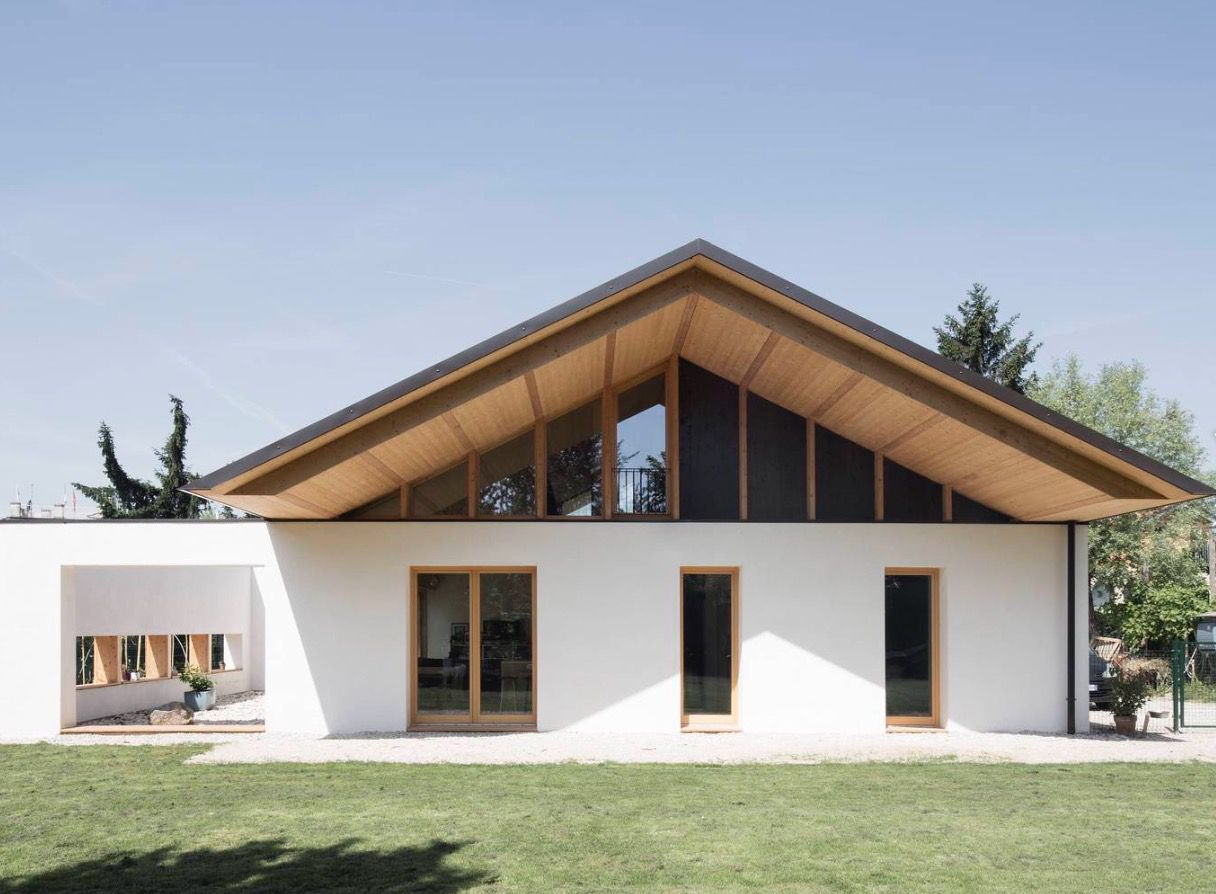 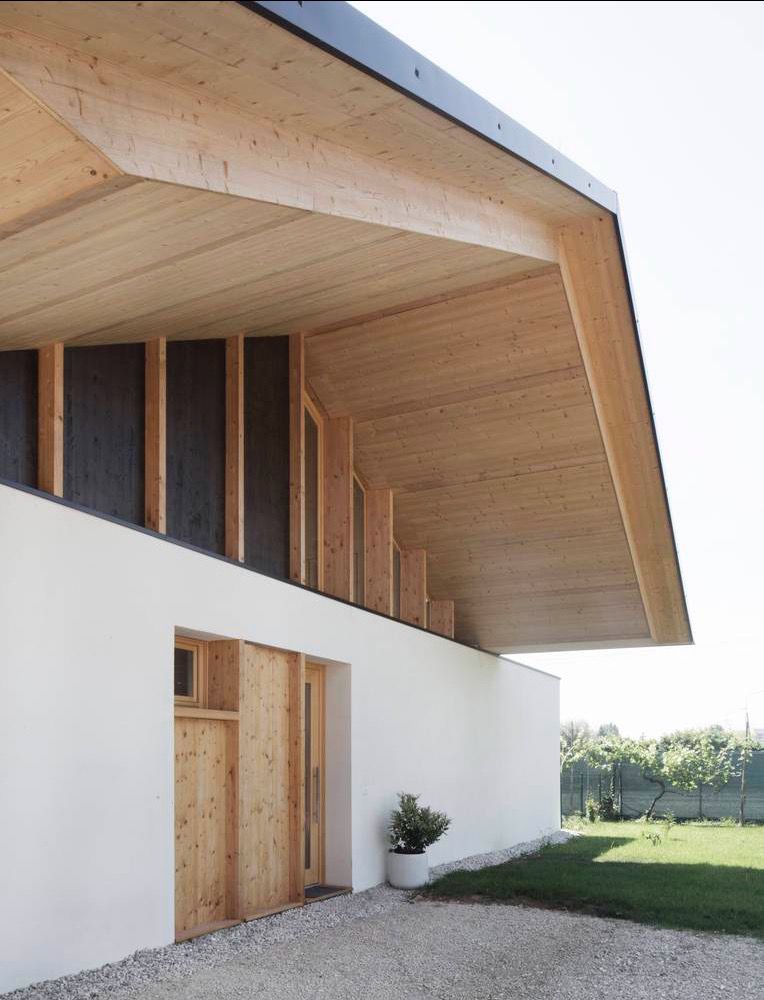 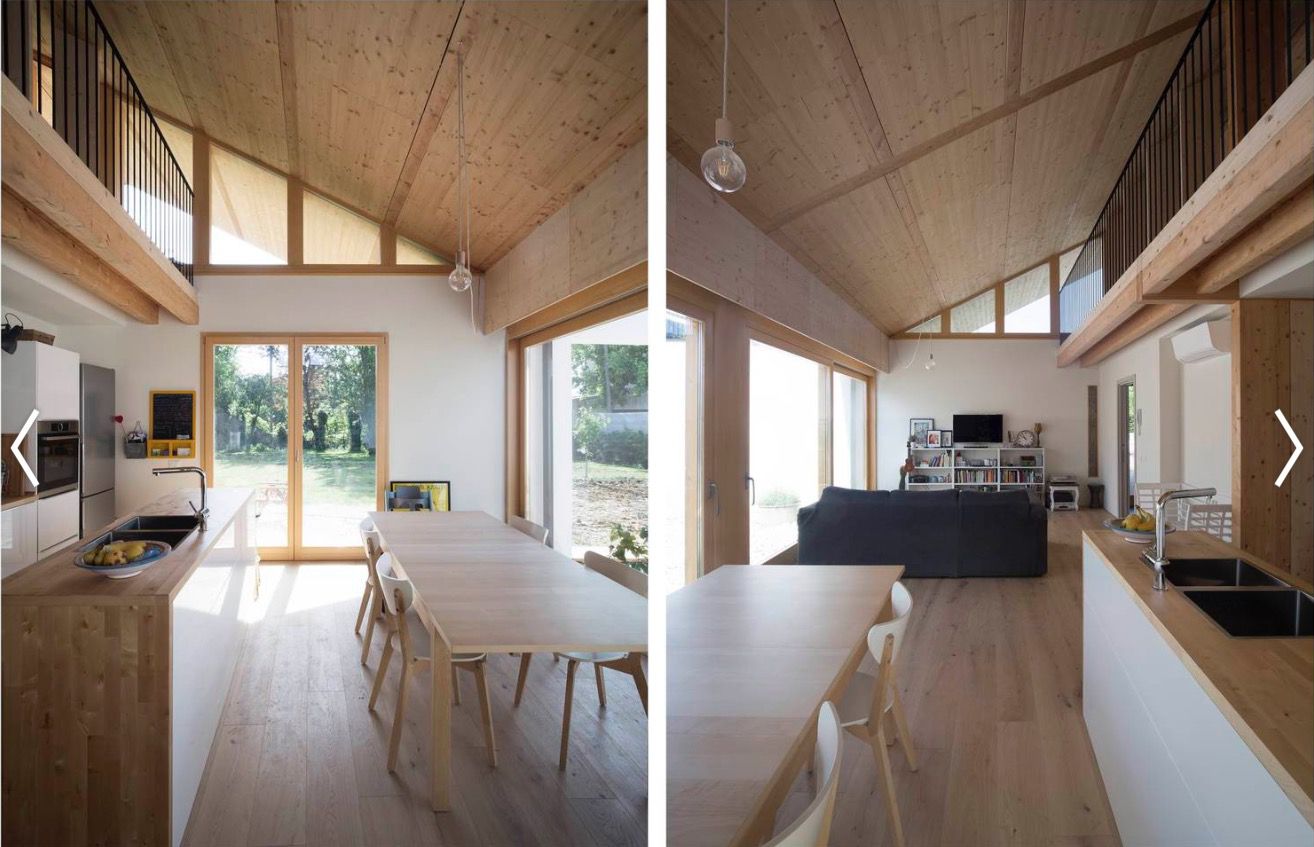 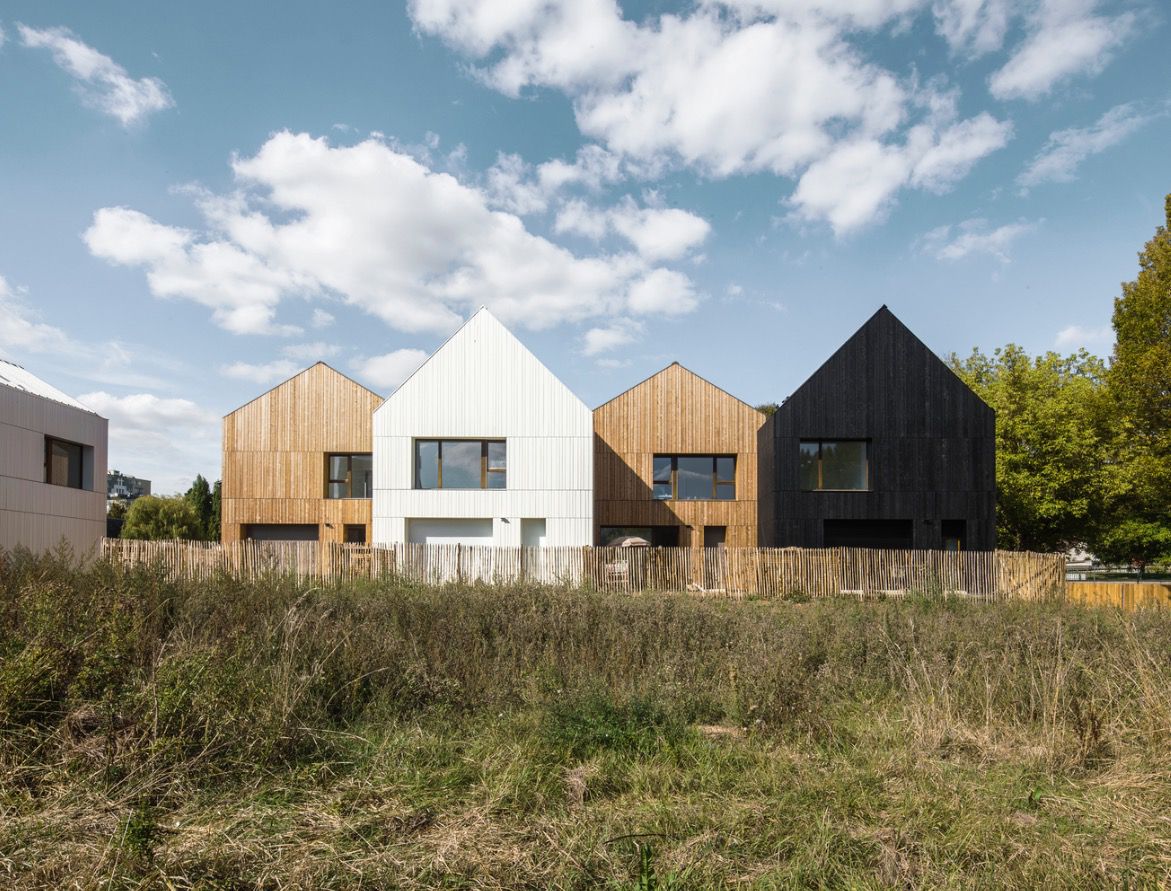 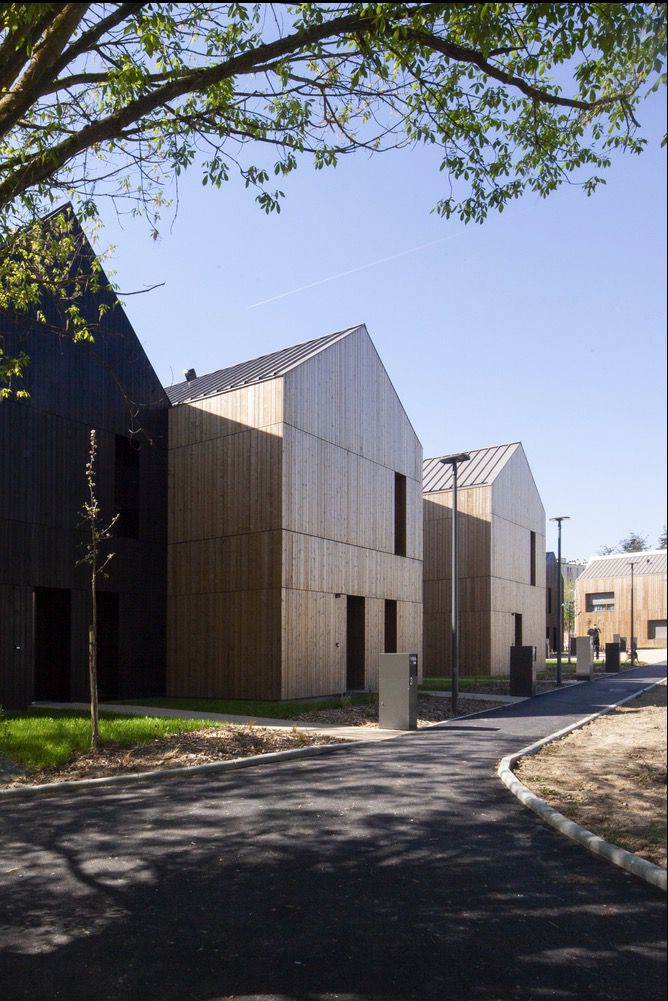 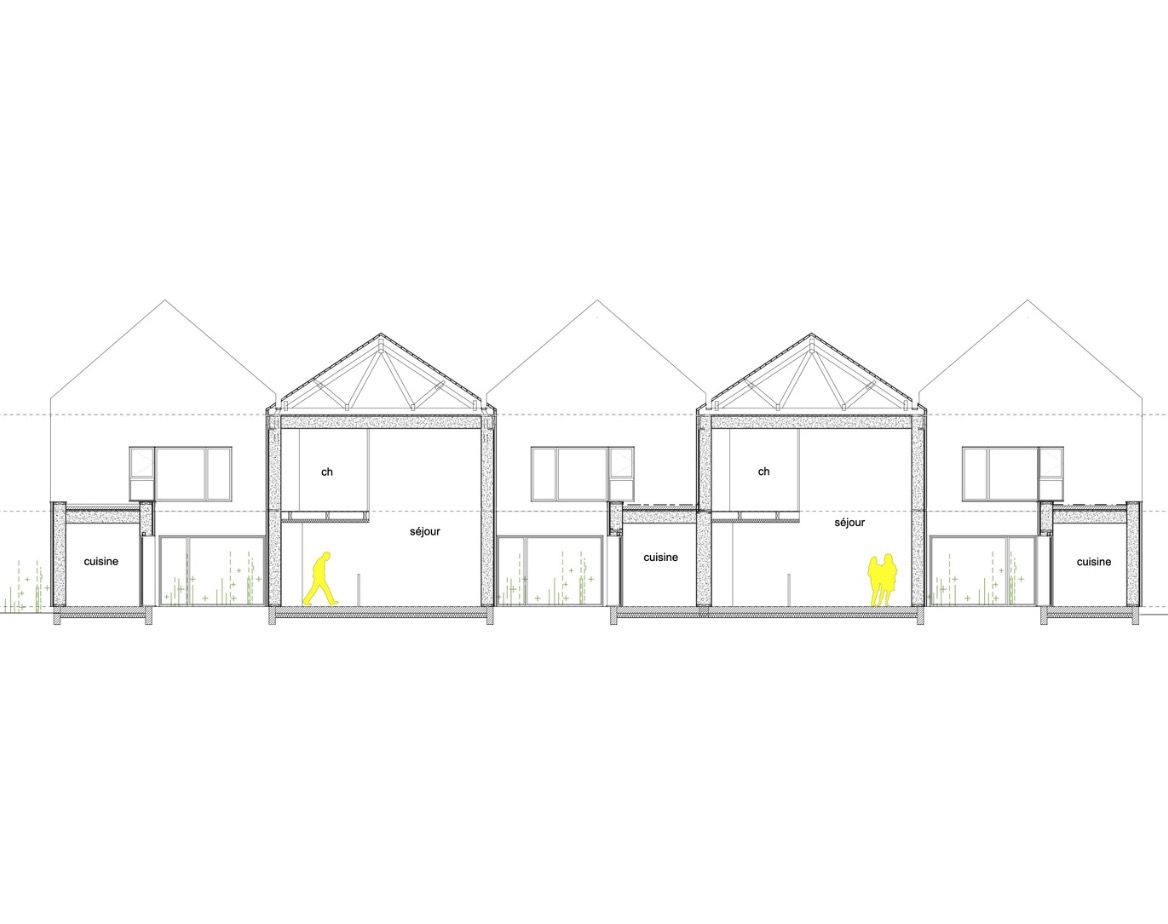 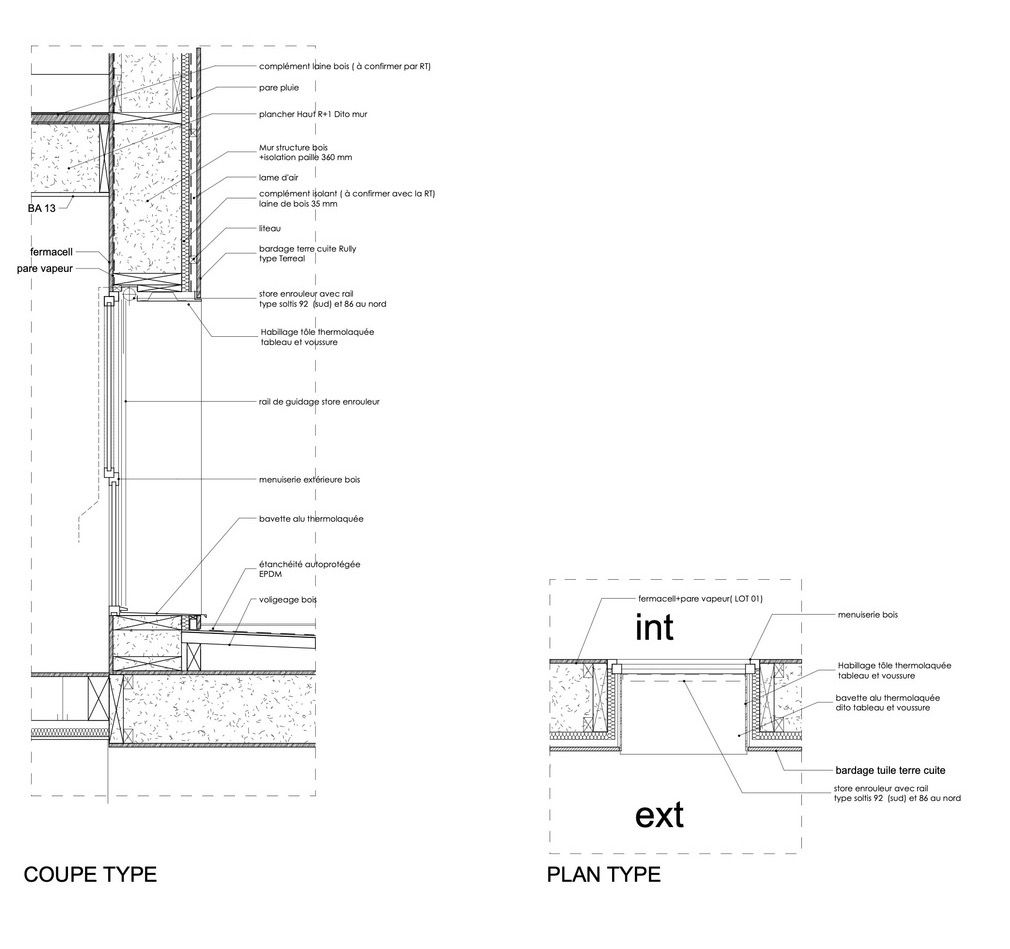 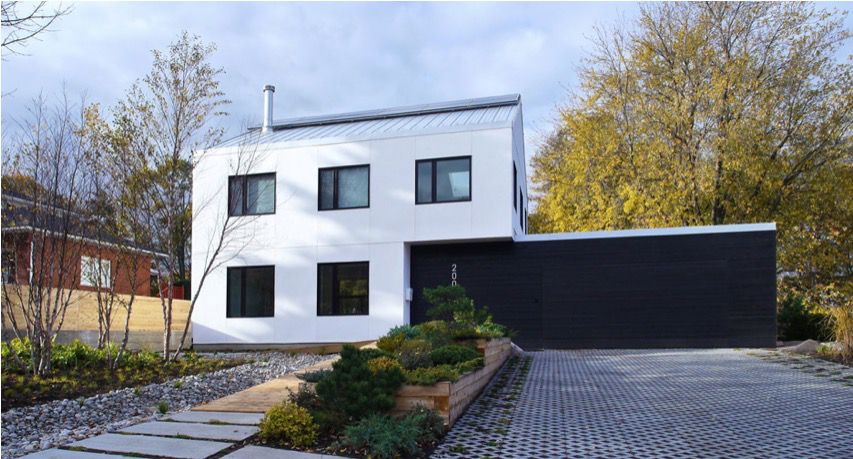 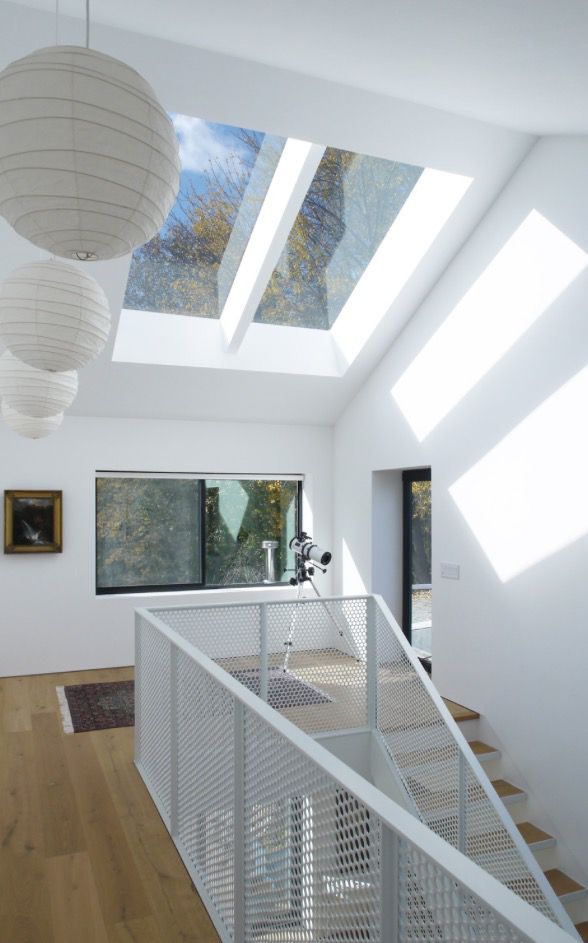 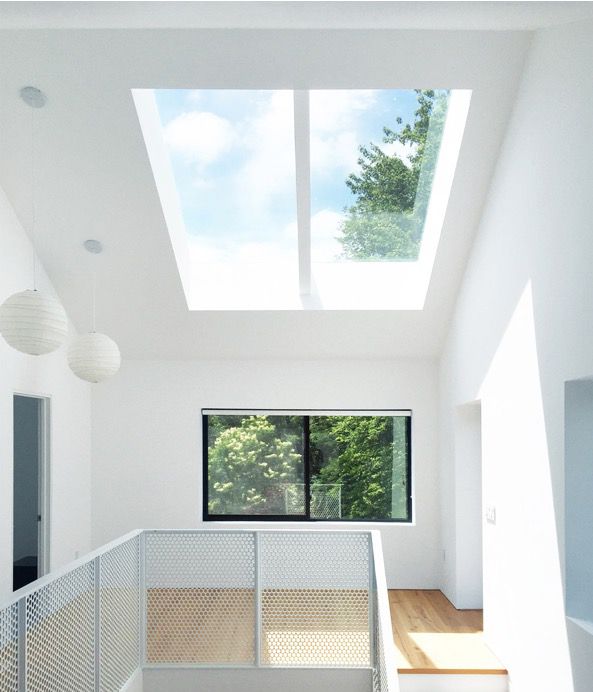 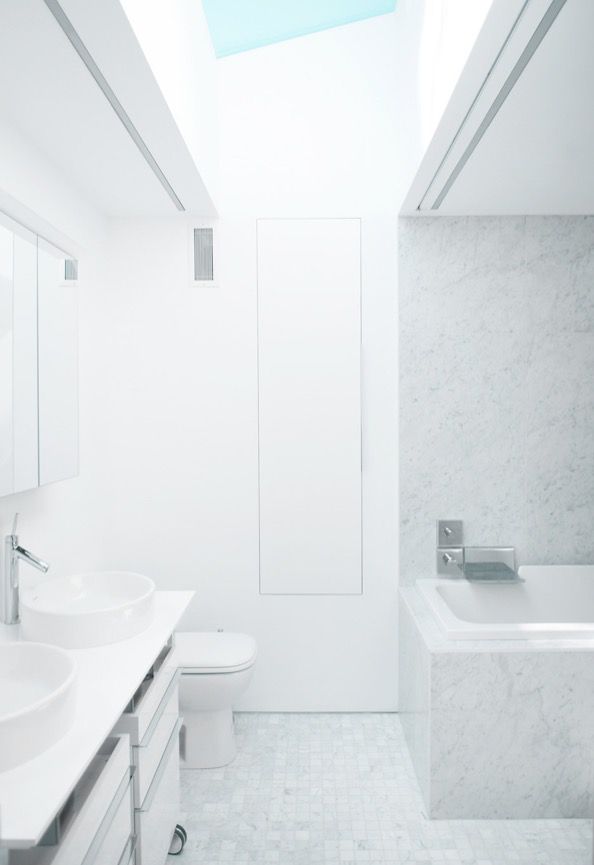 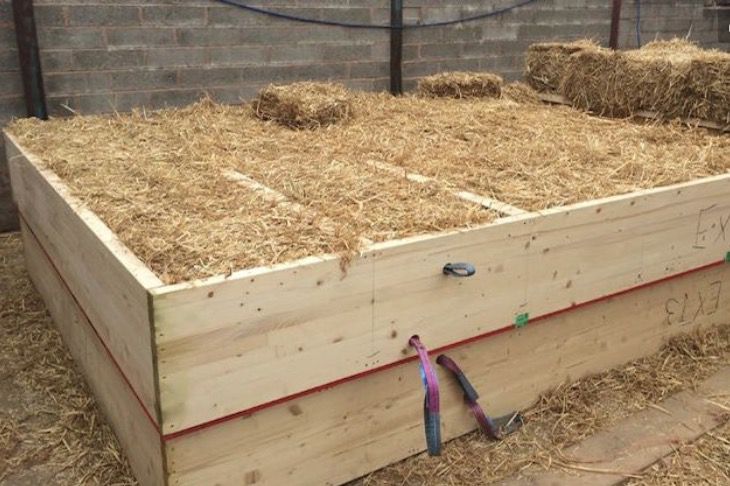 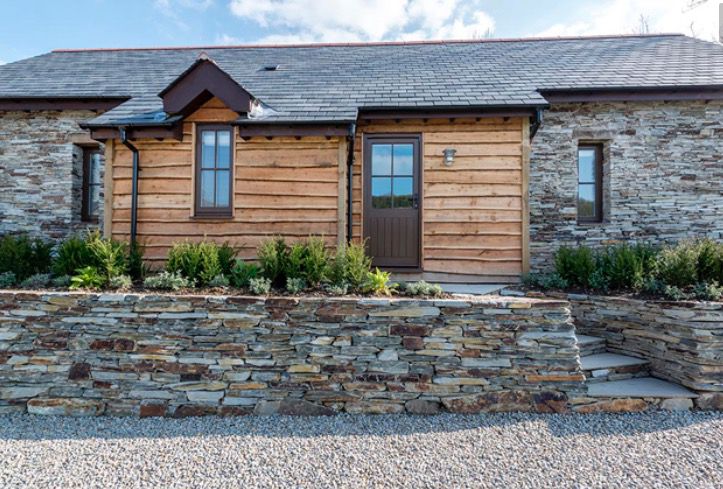 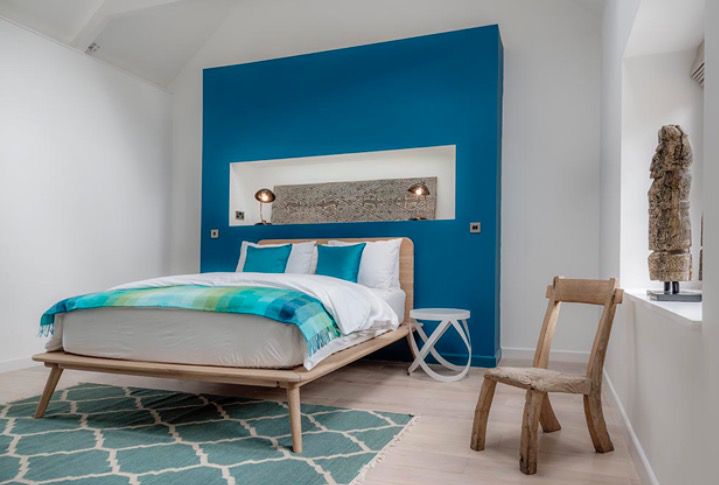 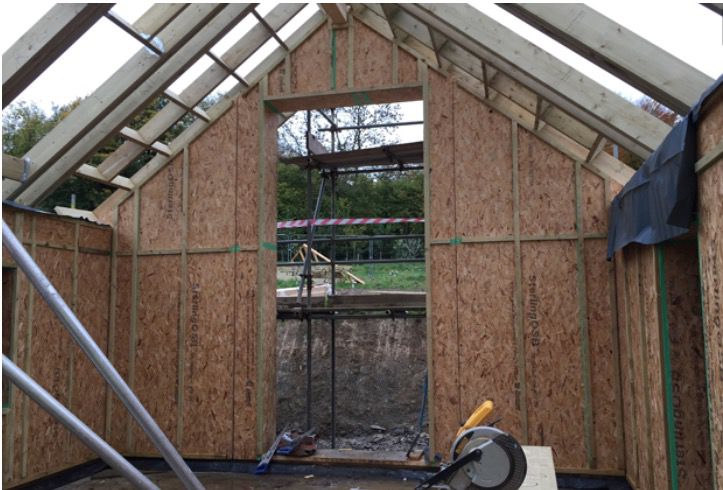 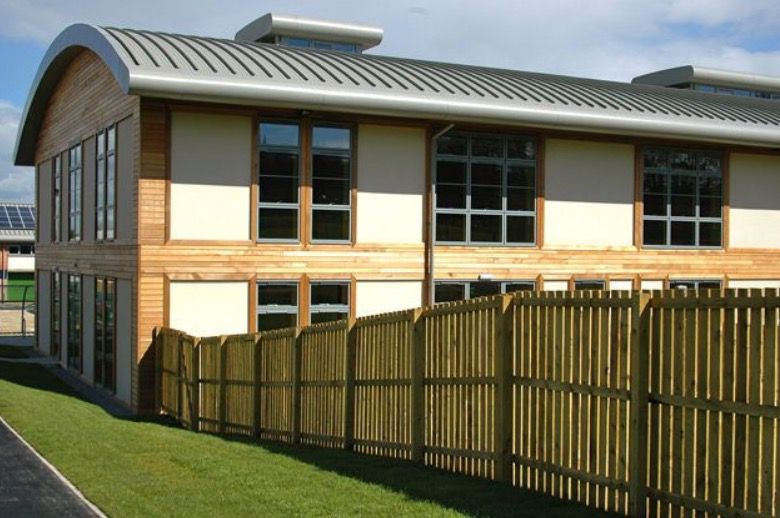 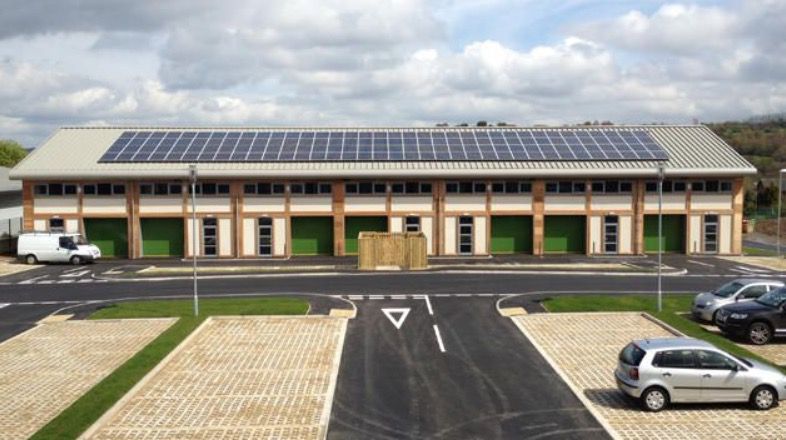 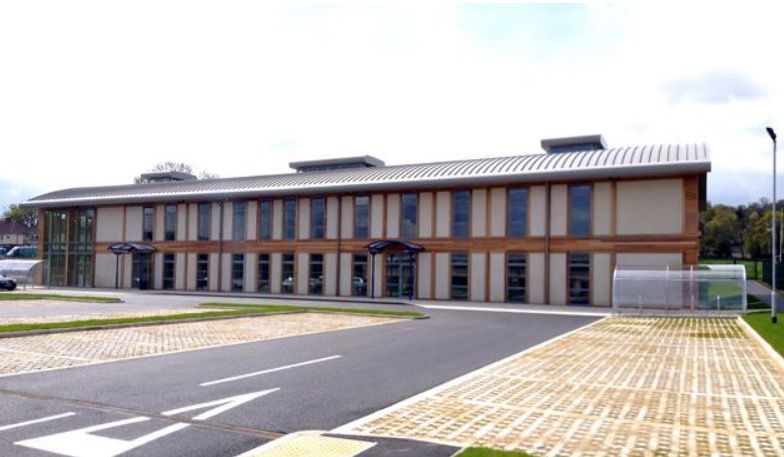 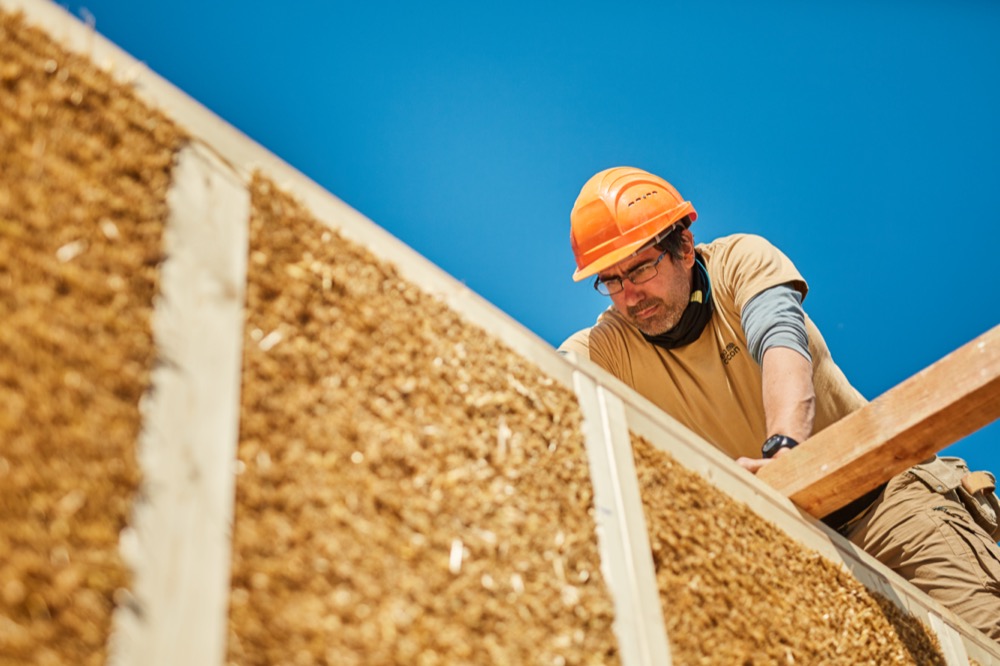 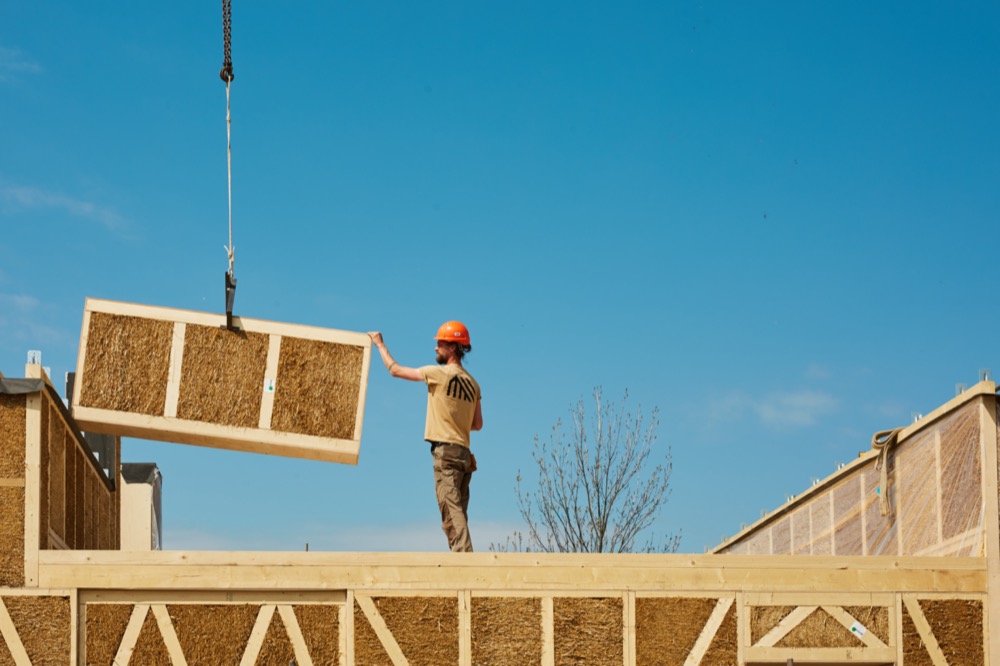 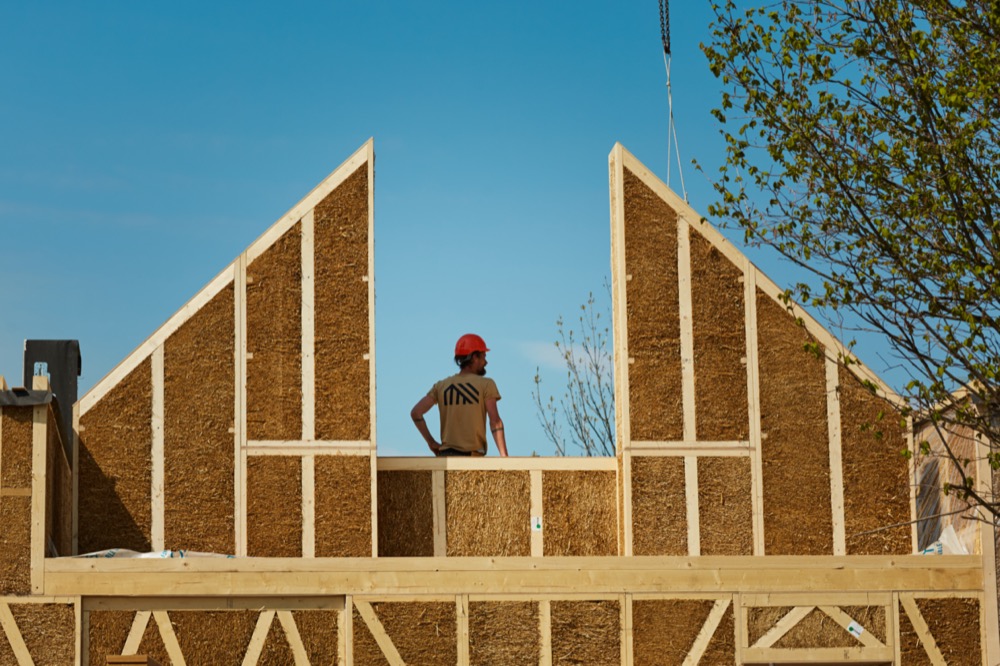 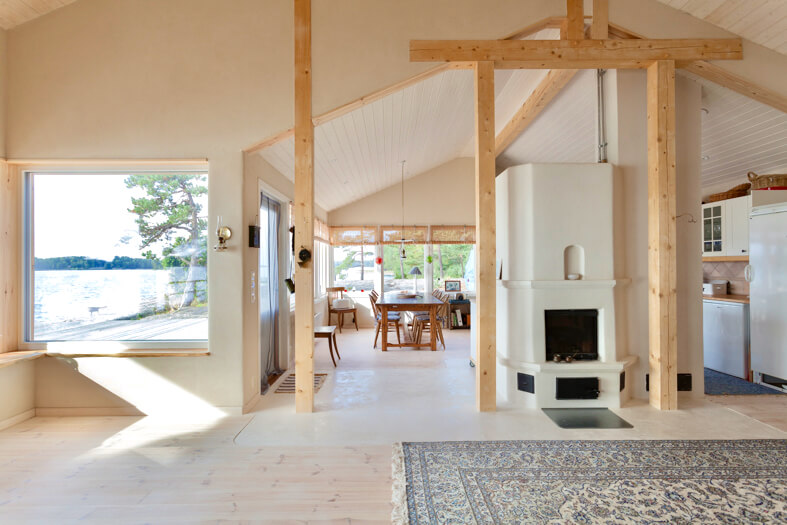 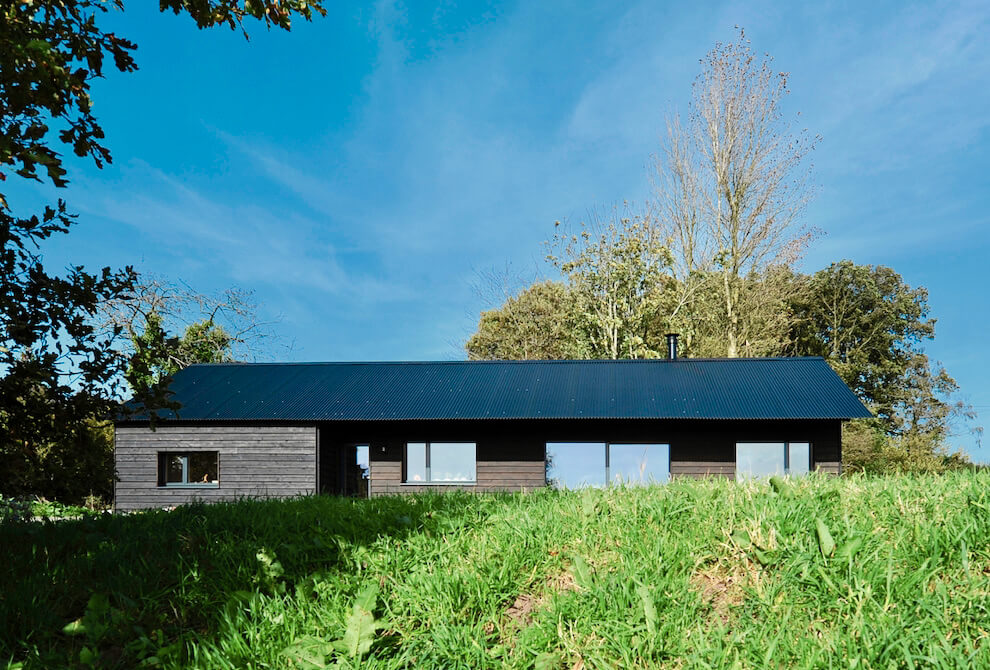 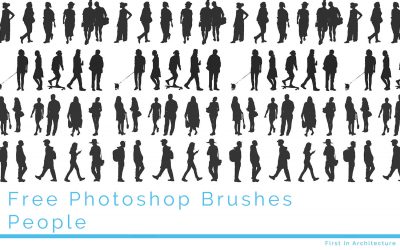 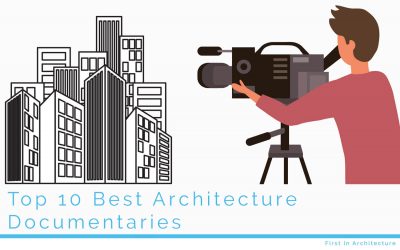 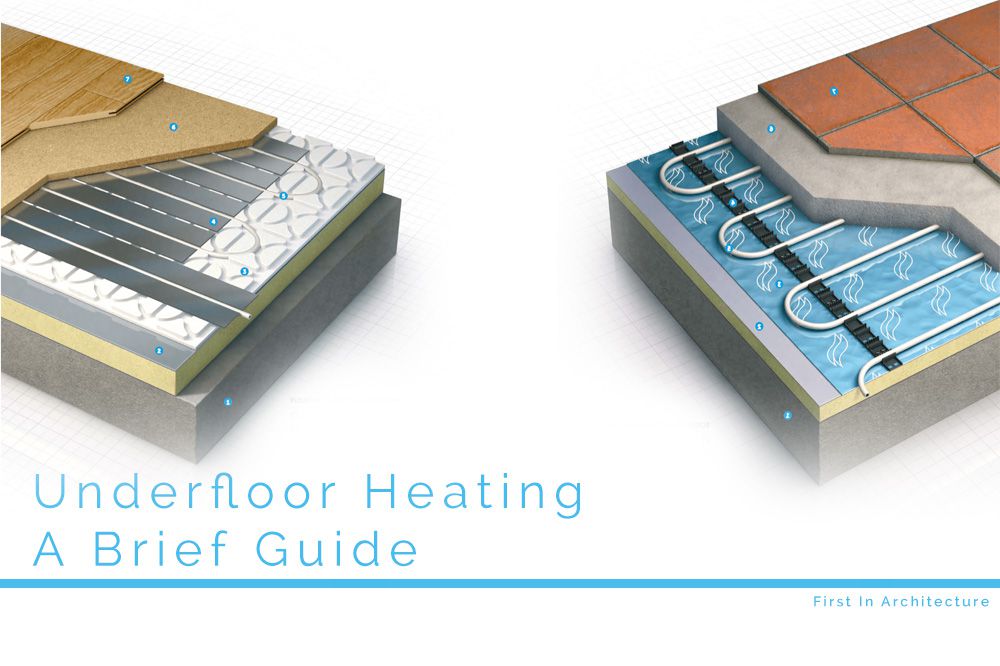